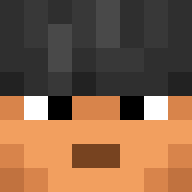 Hello. So this report goes to the mini game kit pvp. In kit pvp there is a problem via Bugs. Now this isn’t a small problem that would not effect anyone. It’s exactly the different from that. Stuck in the air / block. This problem does ruin a lot experience and fun from the game. Example: You worked hard to get a good armour such as protection IV diamond. Or a God sword.. When you jump to the kit pvp area with this kind of stuff that’s making other players hype to kill those with the amazing armour. Now most of the Gang fights / 1v1s Ruined by being stuck in a block / air.

stuck in a block- Being stuck in a block benefit your Lock Screen. Means you can’t aim well / pvp well while being stuck in a block. / every hit you get instead of taking Knokback your lagging back to the same spot over and over again. Again ruin your experience. Now how this is happening? While a player have been walk side to side to a building . Such as the rocks / the koth tower / The houses and much more. This has to be fix

stuck in the air- This happening usually every time. When a player been stuck by walking or moving. This is really bad. It’s absolutely one of the worst problems on kit pvp. While being stuck in the air you are not able to walk / move / heal / hit / aim / headsnap. Which means you can’t play. How this is happening? While a player is walking forward and combo other users. (This isn’t happening every combo) This has to be fix. A lot of people lost because of it/ Quit.

Now. This happen to me as well couple times and yes I raged .
If there is anything you could do I will appreciate it a lot

Thanks.
You must log in or register to reply here.
Copyright 2020 Becto part of the Fironus B.V. company