A couple suggestions for prison from the community and myself :)

A new enchant - Adding a new enchant for swords that give a small chance for mobs to drop keys from common to rare crates.
Since this enchant would be super good considering it has a chance to drop you keys it would have to be a low % chance and would need to be super expensive. So expensive that it would need to be anywhere between 100k-150k tokens per lvl between say levels 1-3. The only problem with this is that tweaking it may be difficult and depending on if the /enchant plugin the server has was custom made or pre-made it would be much more difficult to go into the code and add this in.

The Solution for not being able to be do this could be adding back mine ghosts (the little zombie fella's) that drop keys between common - rare.

Last map you used to be able to set up a grinder where the skeleton would target you but obviously not be able to damage you and the constant hitting of arrows would result in *Dodge's* increasing your Acrobatics MCMMO Level which can help you in PVP. Currently the Skeleton's wont shoot at you and if they do it doesn't increase your Acro level

Basic building Material's should be added back to the shop, something that people did last season that was super cool was make some pretty amazing design's on their plots. Taking these building materials away always strips the creativity from the players that also enjoy building super cool things on their plots, obviously there is creative for a reason but having something super cool for you Gang plot on prison is cool to show off to everyone else.

The current PVP Mine is good but it protects players that are not armed (good thing) and you can also run out of combat ( Bad thing for Gang Fights) , if a new pvp area is made that makes it so you can't run out of PVP it would make it so that if you drop for a fight you actually have to commit to the fight and only the Winner(s) of the fight would make it out alive. This could be another thing where the community can all make what they think would be a cool PVP area on creative and have the winner's put into the actually map. 1

PVP Mine / A Mine Key Rates

Some people have been saying that the Mines are either glitched or super low rates, dzcole mined 10k blocks in A mine and didn't get a single A token, last map that would take around 2-3k blocks mined before you got one. Also i still have not seen anyone say they have received a Cryptic Token from actually mining. I have only seen 3-4 redeemed and they were won from crates. This could just be super unlucky but just tossing it out there just in case.

I was told by someone in the discord that It was a client problem on my end well, turns out it's not. This is happening to a lot people actually, happening more in the plot world than anywhere. If you try to log back in after the crash you will get into the hub, but once you connect to prison it will instantly crash again. The fix to this is closing your game, Opening your client and changing your version to 1.12.2, logging in and joining prison. Once you join prison, you can log back out and change back to your desired version. Idk if there is a fix for this on server side or not but it would be nice :)
Last edited: Sep 13, 2020 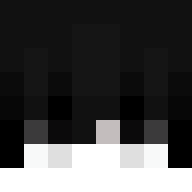 I like these suggestions, and am quite curious to see the direction that is taken with them.

The idea of adding a sort of "barrier" to stop you from escaping the pvp mine, I think would be a very cool effect to pvp itself.(Stopping people from running away from fights, as this can be very annoying). As well, letting players create pvp mines themselves I think is an awesome idea, a great way to engage the community in this new reset. And let some people show off their skills when it comes to building!

For the shop having basic items, I totally agree. I personally love to mess around and build things on my plot. Although I see that you can get some essential things from farming, I still hope to see some others being implemented back into the shop.

For acrobatics grinders, that is really an easy fix and I hope to see them get added back in.

I saved my favorite suggestion for last here, keys dropping from mobs. I personally think this would add a whole new reason to farm mobs. You wouldn't just farm for mcmmo, however have that extra urge to farm to get some keys in there as well. Keeping %s low on these I don't see too much issue. For the actual cost of the enchantment I think 100-150 thousand is on the rather excessive side, the actual amount of time that would take in my opinion would be far from worth the pain. Adding different tiers/levels to this, 1-3 like suggested would really complete it.

To end I would like to say my opinion on the "game crash bug". To put it simply, the server from what I believe runs on 1.12.2. When players are trying to login with their desired version(usually one lower), it makes complete sense that it may crash your game. It could be a variety of reasons, some of which being. You said it was mainly within the plot world, this could be due to the fact that the plots plugin is a strictly 1.12.2 plugin. Interactions with something as such on the wrong version could cause crashes. Although I'm not 100% sure that this is the reason for the issue, it could be worth looking into.

Thank you for your suggestions.
I'm going to make a collection of recent prison suggestions and compile them in a list to have players vote on their favorites.
You must log in or register to reply here.
Copyright 2019 Becto