Hey, Becto staff and player base!

We Becto prison players have been asking for the stuff that i'll mention for over a month at this point and we hope it gets implemented any time soon!

PvP
The pvp warp is not that good for many ponits. There is something that annoys most pvp'ers which is when the mine reset all players standing on the mine they get sent back to /spawn and that isn't good at all.

Barriers to block the bow shots can be annoying if someone is running from pvp and climbs the ladder you can't knock them over anymore since there is that barrier.

Koth's idea is good, but IMO its location/place among the pvp warp is so bad. Also, If you remember the old pvp warp it was a lot better since we had echests and it was better at everything I can think of, consider making a similar pvp warp to the old one and implement Koth at a better place in it maybe?

Damage and E Gaps
We can't do damage even if the person we're fighting has no helmet, Protection 4 and Unbreaking 3 gear shouldn't be that op against Sharpness 7 maxed swords. We in the old prison could do damage even if he was wearing a whole gear and the damage was depending on the Mcmmo we had and now players don't need to eat enchanted golden apples which lower the skill gap and make everyone equal in pvp and we don't want that thing.

And now even when we try to grind mcMMO at a grinder the sharpness 7 swords doesn't 1 hit mobs. So the problem is actually from the S7 Maxed swords they don't do damage like we're used to.

Prestige Mines
Prestige players don't have their own mines, and that make prison less fun for players who enjoyed mining. And not all prestige players would gather at warp Z.

/Shop
/shop isn't what we got used to in old prison, it had all the stuff we needed like enchanted books, xp, blocks, gear, all the stuff that every player need. And that was good until now it got changed in the new prison, which makes it hard to even new players to get started.

Now even new players if they want something they go to the player "valdemarian" 's /pwarp so they get the stuff that we should get from /shop, I don't get what is the point of changing /shop at all.

Making Gear/Sets
Like what I mentioned in the past point, if we can't get our books and xp from /shop it makes pvp and making gear a lot harder and then players wouldn't pvp a lot like we used to because they get scared of losing their sets and going through the whole going to a villager and getting xp from mines to make sets again. Please we want our old /shop back and that would help a lot of players and make the prison a lot better IMO.

Conclusion
In the end, prison is not that fun anymore. No fun pvp'ing and no fun mining, players are quitting here and there. We want our voiced to be heard, thanks.

Sorry if my English was bad, not my first language.

Here are my thoughts on the suggestions:

Thank you for looking into it! Really means a lot to prison community. 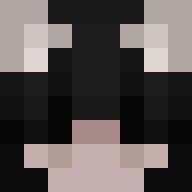 the damage thing is def the protection on armor if you wear a /kit god which is iron armor with prot you don’t die unless your helm breaks unlike the vip kit which is iron but like prot 1. Fix the protection enchant it’s broken rn.
You must log in or register to reply here.
Copyright 2020 Becto part of the Fironus B.V. company